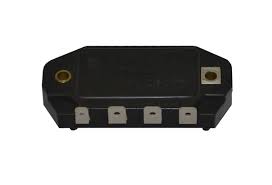 How to replace the car ignition module?

A car ignition module is a small component that performs massive tasks. It is used to control the ignition spark sequence and it also fires the ignition coil. These components are very sensitive to heat and many of the companies locate their modules inside the engine compartment of their vehicles.

Before you head towards the steps to follow, you should make sure that you are capable of doing things on your own. If you have never done anything like this before and you are panicking. Then it is better that you call a locksmith near you and ask him to do this for you.

However, if you have not done anything like this before and still want to take a chance. Then stay confident and carefully follow the instructions. You will get a mark.

Take a look at the steps below and follow them to replace the car ignition module.

Step number 2: look under the dashboard, if the module is located there, unplug the wires and unscrew the bolts using a screwdriver. After the bolts are removed, replace the old unit with a new module. Install the new module and plug the wires carefully.

This is how you can replace the ignition module of your vehicle. But if you face problems doing this, you can call locksmith Philly to help you. We can offer you high-quality services at reasonable prices anytime you want.

Use our form to estimate the initial cost of renovation or installation.